Twice baked Italian cookies are a little extra work than your average cookie but this Cinnamon Apricot Biscotti is so worth it!

Happy New Year!!  Are spending the day today recovering from plenty of over indulgence last night? Or are you like me and longed for an early night?

Gone are my partying days. Since Christmas, I’ve been filling my head with plenty of New Years resolutions and dreaming up lots of new recipes to try out. My list of resolutions was getting long and beginning to get pretty unobtainable unless something magical happened like I no longer needed to sleep ever again or the day was suddenly longer! I needed to occupy my mind with something else…. So, I decided to bake some Biscotti. When it comes to flavour choices for Biscotti, this list is endless and since I had some dried apricots in my cooking cupboard, I figured what the hey! Being kept super busy most of the time and squeezing in some happy baking moments whenever I can. I always thought Biscotti would be too much of a faff to make. All that having to bake them twice nonsense! If you haven’t made biscotti before, let me explain the process. Firstly, they are baked as a cookie log, taken out and allowed to cool slightly. Then they are cut and baked again with a single turn during the baking time. See what I mean when I say it didn’t really appeal to me at first?! But honestly, once they’re ready and you take that first crunchy bite you realise that the extra work is worth it. They taste amazing! I will be sure to be trying out some more flavour combinations! Since they are crunchier than your average cookie, it took the boys a little longer to munch their way through them! Which was a result for me as there were actually some left to enjoy at the end of the day!

Perhaps “bake more biscotti” should be on my long list of resolutions for the new year…. 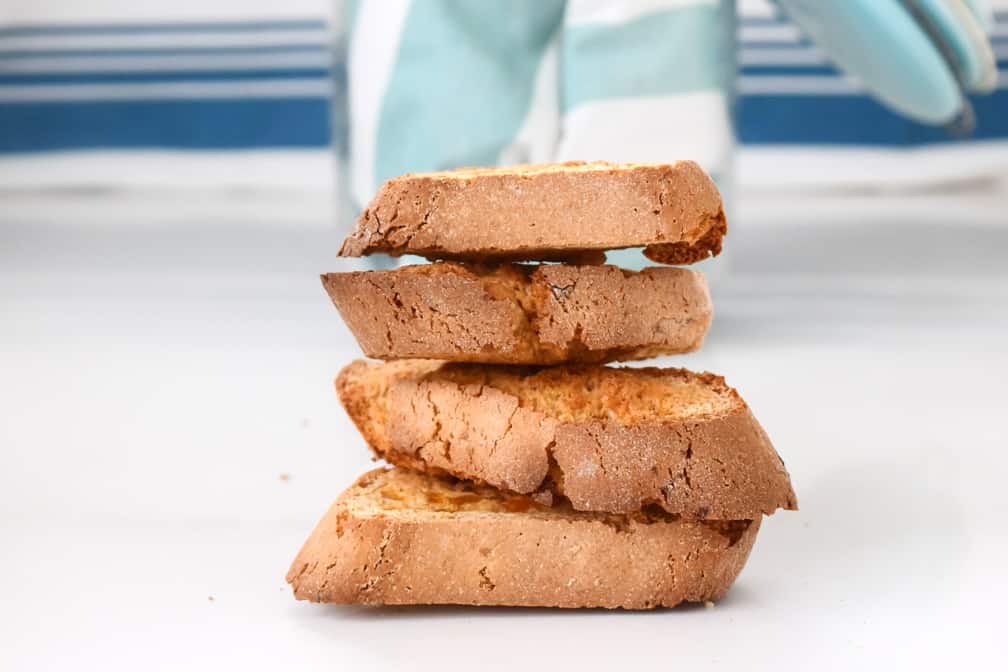